Using Electronic Signatures in Concluding Labour Contracts: Is it feasible? 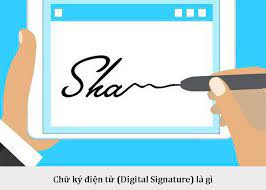 While electronic civil transaction and contract have been codified since the Law on Electronic Transactions 2005 and the Civil Code 2015 took effect, it was not until 01 January 2021 when the Labour Code officially took effect that the labour contract (“LC”) in electronic form between employer and employee is eventually recognised by law. Although this can be seen as a step toward the evolution of digitization, it is indeed a challenge to employers due to practical issues and obstacles in the process of entering into an electronic labour contract.

Referring to electronic contract in general, we often think of a macro-level thing, appearing only in commercial relationship between legal entities. But they exist in daily ordinary life as well, when you order clothes, electronics, household products, food, even books and stationery on e-commerce platforms such as Shopee, Tiki, Lazada, Sendo, etc. However, the electronic labour contract is still a quite unfamiliar term as its legal validity has only been officially recognised by the labour law since 01 January 2021, particularly by Article 14.1 of the Labour Code 2019: “A labour contract entered into by electronic means in the form of data messages in accordance with the law on electronic transactions has the same value as a written labour contract.”

Image signatures are often used for contracts of small value but large in number, which they are reused for many times with different signatories from different locations.

Parties will accordingly insert an image of their signatures into an electronic file of the contract and then send this signed data file to the other contracting party via email. It can be seen that, due to not being authenticated by an authorised organisation, the legal validity of contracts signed by image signatures has not been specified by law, which likely creates legal risks as it is impossible to determine the signatory’s will and it is unclear whether the signature image must be inserted by the signatory or it could be done by someone else. But whatever the case, it is beyond the realms of possibility to be certain that the signatory’s will is voluntary and free from coercion.

Accordingly, the contract will be printed out, when a signer completes the signing, a scanned image of the signed contract will be converted into electronic form and sent via email to the other contracting party. In fact, scanned signatures are often applied in cases where there is a geographical barrier between the contracting parties. Similar to image signatures, this type of signatures has been used more commonly than digital signatures since it does not require parties to register their respective signatures at an e-signature certification service provider.

In the above 03 methods, the Vietnamese law only recognises electronic labour contracts signed by secure digital signatures as having legal validity. Image signatures and scanned signatures have not yet been recognised by any specific legal instruments, thus, it would be difficult to conclude as to whether such forms have any legal validity. For legal issues with several ambiguous areas, in order to protect the vulnerable party – the employee – when there is a labour dispute, it is highly likely that the competent Court and the competent State authorities will make a decision in favour of the employee since they believe that the employee is the vulnerable party in the labour relationship. The trial practice also shows that recent precedents and judgments[6] of the Supreme People’s Court tend to emphasise the nature and content of a contract rather than the form of contract conclusion and signatures of the parties does not play an essential role in determining the validity of a contract. Due to this approach, it is in accordance with market practices and possible for the Court to recognise the validity of labour contracts signed by image signatures and scanned signatures.

Assess the possibility to apply digital signatures in practice.

Since the provisions of the Labour Code 2019 on electronic labour contracts have only taken effect from 01 January 2021, it is too early to assess whether this new regulation is practical or not. Many developed countries in the world have recognised the legal validity of labour contracts concluded with digital signatures, typically Canada when it passed the Personal Information Protection and Electronic Documents Act in 2004 (PIPEDA)[7], France when intergrating Regulation No. 910/2014 of the European Parliament and the Council of the European Union on electronic transactions into its Civil Code in 2016, etc. Although the legal validity of an electronic labour contract is equivalent to that of a written labour contract, in fact, the parties will prefer a written labour contract rather than its electronic counterpart. Several reasons given to explain this tendency are (i) The digital signature registration procedure still takes a lot of time and is expensive; (ii) It has only a minor number of individual users, especially employees; and (iii) Difficulties in reaching several groups of employee (as not all employees have their own laptops and technological knowledge to use digital signatures).

The development of electronic labour contracts is similar to the transfer of salary payment for employees from cash to bank transfer many years ago, the connection between the employers and the banks has helped accelerate non-cash method in paying salary. Therefore, in order to practicalise this regulation, employers also need to cooperate with electronic signature certification service providers to create a specialised platform and equipment needed to create digital signatures. After a digital signature is successfully created, it is not only used for signing labour contract but it also can substitute for traditional wet-ink signature in other personal transactions of employees in the future.

It is an undeniable fact that the development of digital technology has had, is having and will have a significant influence on the provisions of the law, electronic labour contracts widely substituting for traditional labour contracts in a near future is a scenario that will happens sooner or later. In the context that Vietnam and other countries around the world are still applying social distancing policies, this is a decent opportunity for electronic signatures to develop and become more popular as it can help the parties to the labour contract sign the labour contract at the right time while still complying with the minimum distance requirements as prescribed by the law. However, in order to do that, in addition to the habitual change of the contracting parties, the registration procedure and the process of using digital signatures need to be streamlined but still meet the requirements of confidentiality and authenticity. This is also an opportunity for start-ups to find the answer to this problem, finding a solution that will make it possible for employers to remove safety barriers protecting traditional wet-ink labour contracts is not simple since it has never been easy to give up a long-standing habit.